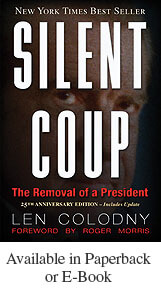 Review of "Silent Coup" in "The Nation Magazine" by Robert Sherrill

Watch Len Colodny Expose That Woodward Has A “Secret Life”. 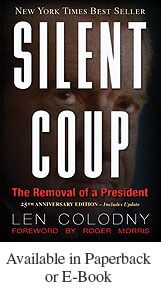 "Silent Coup" contains exclusive new material gathered from hundreds of interviews, from still-unreleased government documents, from the complete Oval Office logs of Nixon's presidency, and from a painstaking cross-examination of the books and testimony of the major and minor players in the story. The result is a major revision of history, one that will forever change our understanding of how and why Richard Nixon was forced to resign.

"Silent Coup" is accepted by all shades of the political spectrum. 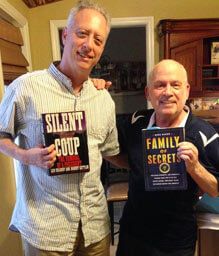 Russ Baker
"Who, What, Why" website Author, "Family of Secrets" 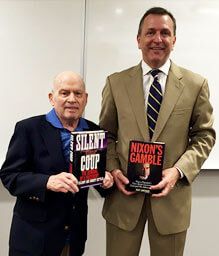